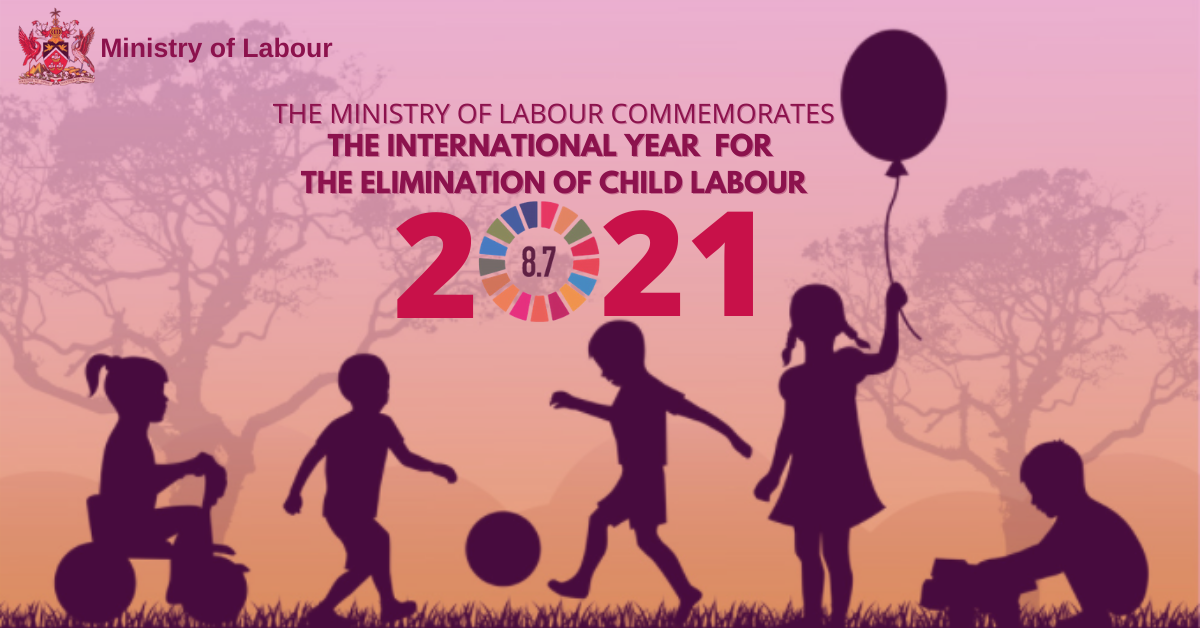 Trinidad and Tobago joins the international community in commemorating the International Year for the Elimination of Child Labour.

OUR PLEDGE TO PREVENT AND ELIMINATE CHILD LABOUR 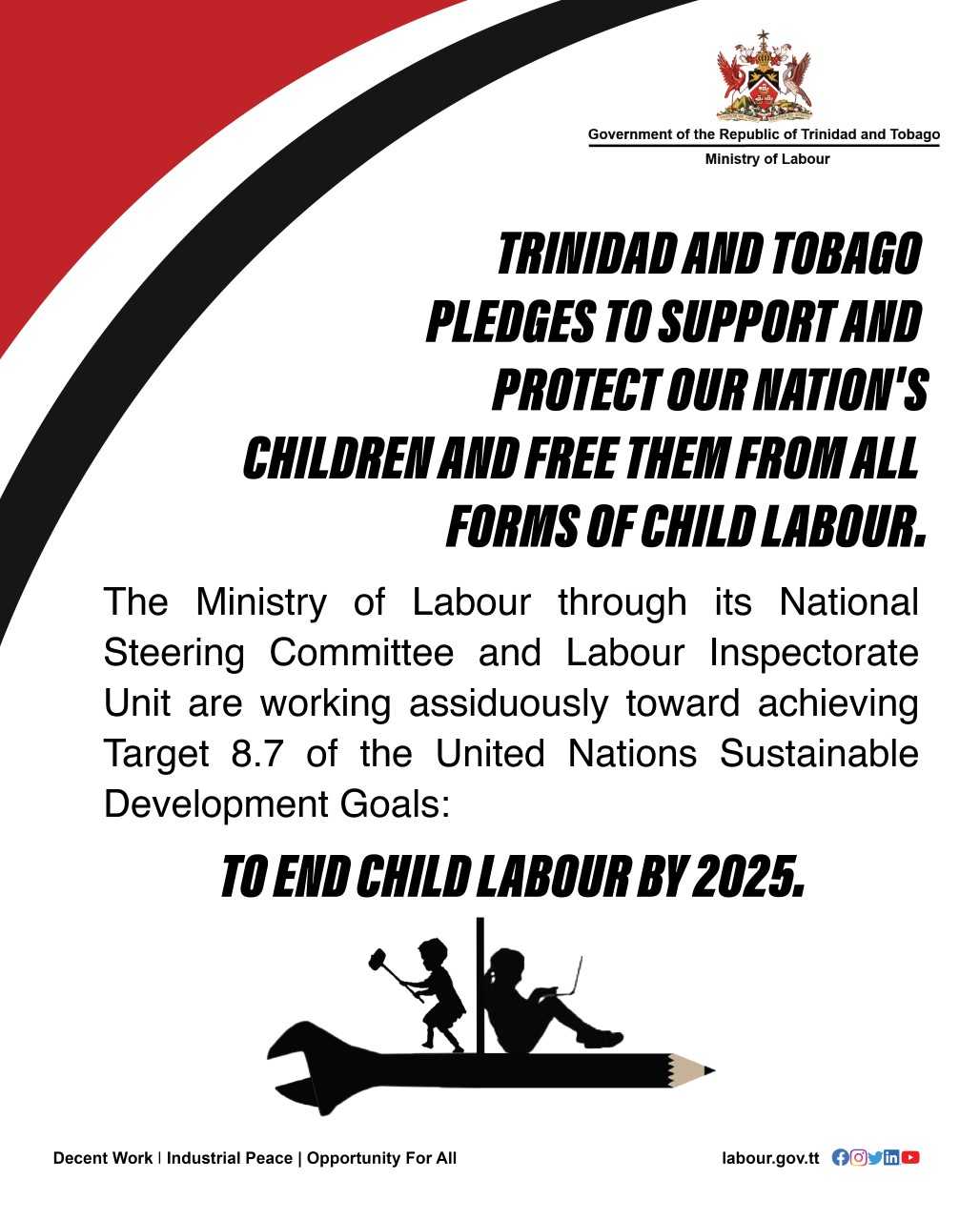 As a member state of the International Labour Organization, Trinidad and Tobago pledges its commitment to end child labour by 2025 through the following action areas to be undertaken by the Ministry of Labour's National Steering Committee for the Prevention and the Elimination of Child Labour and the Labour Inspectorate Unit. 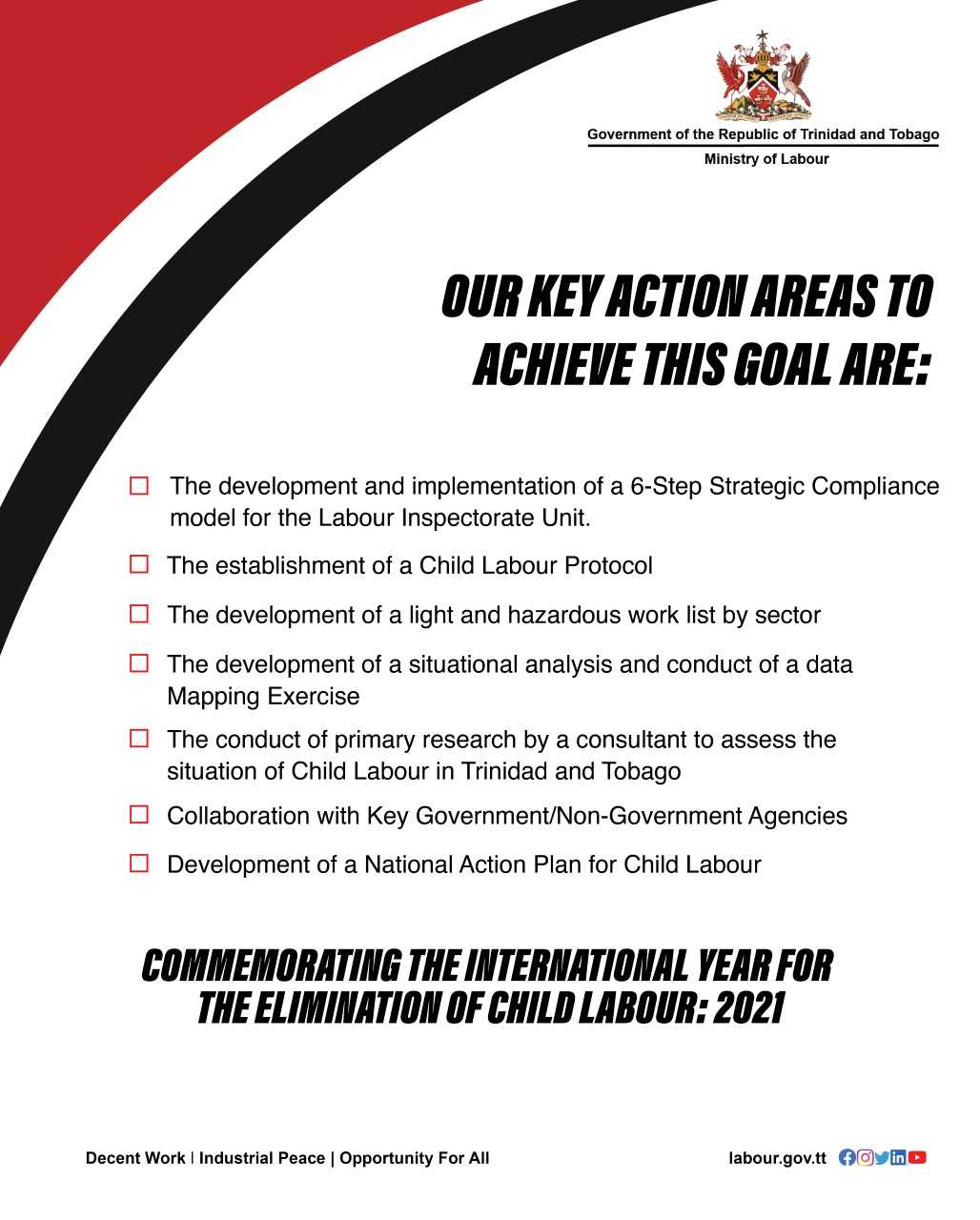 LET'S READ A STORY:  Jason and the Yellow Hummer