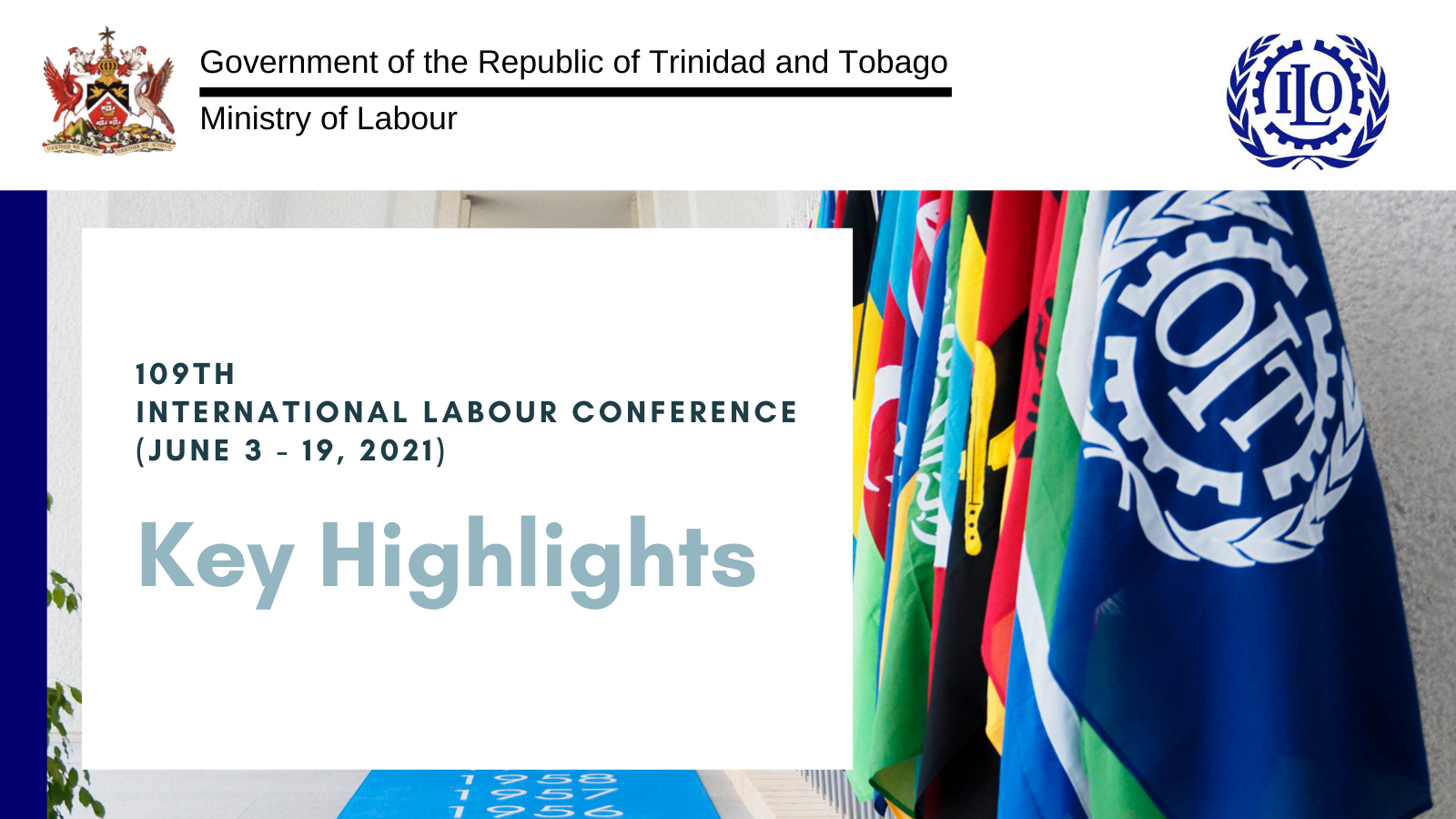 The International Labour Conference (ILC) brings together Ministers with responsibility for Labour and other officials, including Worker and Employer representatives from member States of the International Labour Organisation (ILO). For the first time, the ILC was held virtually, as a result of the ongoing COVID-19 pandemic. The Trinidad and Tobago delegation to the 109 ILC was led by Minister of Labour, the Honourable Stephen Mc Clashie and included representatives from the Ministry of Labour, the Tobago House of Assembly Division of Community Development, Enterprise Development and Labour as well as the Employers Consultative Association (ECA) and the National Trade Union Centre (NATUC).

Some key highlights from the ILC are as follows: